Astrology studies the correlation between the positions of celestial bodies and events on earth. It’s the belief that the alignment of planets, stars, the moon, and other astronomical bodies at the time of your birth has the power to influence your mood, personality, and daily events in your life. Drawing from centuries of theoretical and applied knowledge, astrologers interpret the placement of heavenly bodies and print horoscopes on newspapers predicting a person’s future and offering advice on how to navigate certain difficulties in their daily life based on when they were born. Astrology is clearly a complex and sophisticated concept, but is it accurate?

Are astrology signs accurate? Scientifically, no. There’s no evidence that the position and alignment of astronomical bodies relative to the earth is an accurate predictor of personality traits or futures. The placement of the sun, moon, planets, and constellations may affect basic weather patterns on earth, but they are not correlated with earthly events such as the lives of individuals.

According to the American Federation of Astrologers, millions of people read their horoscopes every day to find out what they are going to come up against in the world. Studies show that people who read their horoscopes daily also believe that zodiac signs and horoscopes are an accurate representation of their future. It’s evident that a lot of people are looking for ways to understand their life’s purpose by interpreting astronomical phenomena. In this section, I’ll take a deep dive into astrology, its accuracy, origins, and answer some of the most burning questions on this subject. Read on.

Contents show
Are Astrology Signs Accurate
The Forer Effect
Self-Selection
The Astrology ‘Placebo’
Perception Factor
The Origins of Astrology
Is Astrology A Science?
Astrology vs. Astronomy

Can horoscopes make accurate predictions about a person’s mood, character, and daily life? Well, it depends on who you ask. The vast majority of people who believe in astrology will answer in the affirmative. On the other hand, hardened scientists maintain that astrology is not an accurate predictor of earthly events, including individual lives. But it’s not that simple. Although there is no scientific evidence to suggest that the alignment of celestial bodies affect individual lives on earth, many people still believe in horoscopes. Millions of people read their horoscopes every day and pay attention to what they say.

According to a host of scientific studies, astrology cannot make accurate predictions about a person’s life. The question, then, is why are horoscopes still a thing? There are different takes as to why people still read and give credence to their horoscopes, including:

In 1948, psychologist Bertram Forer did a study to help him understand why people read horoscopes and pay attention to what they say. In the ‘self-validation’ study, the psychologist gave students a simple personality test and used the test results to provide a brief description of each student’s personality. The students were then asked to rate the accuracy of the description on a scale of zero (poor) to five (accurate). The average score was a remarkable 4.26, but there was really only one description put together from newspaper horoscopes. This was the description that was given to all the students.

Bertram Forer’s observation came to be known as the Forer effect, sometimes referred to as the Barnum effect. The Forer effect is a psychological phenomenon that occurs when someone believes that a personality trait applies to them when it’s just actually filled with vague and generic information that applies to a wide range of people. We are particularly predisposed to give high accuracy ratings to personality descriptions that are positive. In Forer’s study, the descriptions were positive enough, without being too positive to the point of eliciting scepticism. The Forer effect is part of the reason why horoscopes still have A widespread acceptance.

Astrology is not a scientific way to make predictions about events here on earth, but some people think it is. According to a 2014 National Science Foundation, more than 50% of millennials think astrology is a science. Astrology derives its appeal from something numbers cannot compute and that is the human tendency for self-selection. This is a psychological phenomenon that drives people to search for interpretations that align with what they already hope to be true. Self-selection resonates with the Forer effect in the sense that it makes us favour descriptions that are positively inclined and dismiss the negatives.

Another possible explanation as to why people read and rate newspaper horoscopes as accurate is the placebo effect. In medicine, any treatment or drug that does not have any therapeutic value is known as a placebo. Commonly used in drug studies, placebos are a staple in clinical trials and are used to test the effectiveness of treatments. Sometimes, a person can have a positive response to a placebo. In this case, your brain convinces your body that a placebo or ‘sugar pill’ is the real thing and actually makes you feel better. This psychological effect is known as the placebo effect.

READ ALSO:  What's The Difference Between Psychic And Medium

Horoscopes can make people who believe in astrology feel better, but this has nothing to do with the horoscope being accurate. It’s the astrology placebo. A lot of people believe in astrology. When they read horoscopes and follow the advice they offer, they feel good. The mechanism at work in these scenarios is the placebo effect. People take horoscopes more seriously when they are distressed. Studies show that interest in newspaper horoscopes tends to increase during times of uncertainty. Astrology offers a bit of comfort. Horoscopes give the reader a sense of control over whatever is going on in his or her life.

The aforementioned psychological phenomena offer a reasonable explanation of why horoscopes are still popular despite the lack of scientific backing. Even horoscope writers agree that the key to writing a successful horoscope is keeping it vague and believable. But perhaps there is another, more practical explanation of why millions of people still read and believe horoscopes. Certain perceptions of horoscopes, such as ‘might help’ and ‘you never know,’ give casual readers an excuse to read horoscopes. Some people read horoscopes just because ‘they are there.’ Some of these readers may end up giving horoscopes a high accuracy rating due to the Forer effect.

The Origins of Astrology

There is a long history of humans looking up at the stars for guidance. Ancient cultures in India, Egypt, and Mesopotamia often relied on the movement of celestial bodies to plan their lives and predict natural disasters and other major events. Travellers used stars as a compass, farmers used the skies as a calendar, and many cultures used celestial bodies as a source of mystical direction. Today, many cultures still rely on the movement of celestial bodies to measure the passage of time and determine the dates of festivals and holidays in Islam, Judaism, and Hinduism.

This can explain why some people still believe astrology signs to be accurate. After all, if it has been working for these groups of individuals to help plan their lives, why not take advantage of it as well to help determine your life’s purpose.

Is Astrology A Science?

While astrology boasts of some trappings of science, it is not really a scientific way to answer questions. For instance, astrology applies knowledge about celestial bodies to generate expectations about the future and people’s personalities. Some, especially those who feel that astrology has worked for them, feel that astrology is supported by evidence. However, in a few instances where astrology was used to generate testable ideas, and the results were tested carefully, the findings did support the validity of astrological expectations. Attempts to establish the validity of astrological ideas have failed time and again and have eventually stopped.

All science use testable ideas that can be proven against outcomes in the natural world, Astrology does not. Astrology is not testable in the sense that ideas generated by astrology are so general that any outcome could be interpreted as fitting. Astrologers rarely test their ideas in fair ways, as demonstrated by the minimal level of research in the field. The lack of involvement in the scientific community is also a disqualifying factor. An astrologer can live his or her whole life without publishing a single article or presenting findings at a scientific meeting. For these reasons, astrology cannot be considered scientific.

As you read about Astrology, you’ll likely come across another common term, Astronomy. For the longest time, these two phenomena were believed to be the same thing. They were only separated in the 17th century when astrology was rejected as a science in the western world. Though they have the same roots and involve the study of the celestial bodies, they are quite different.

Astronomy examines the positions and motions of celestial bodies while Astrology tries to examine how the alignment of these bodies affects earthly events such as individual traits. Astronomical studies are based on scientific research and observation. Astrology, on the other hand, is based on the belief that the alignment of astronomical bodies affects the way events occur on earth. Basically, Astronomy is a science and Astrology is not. 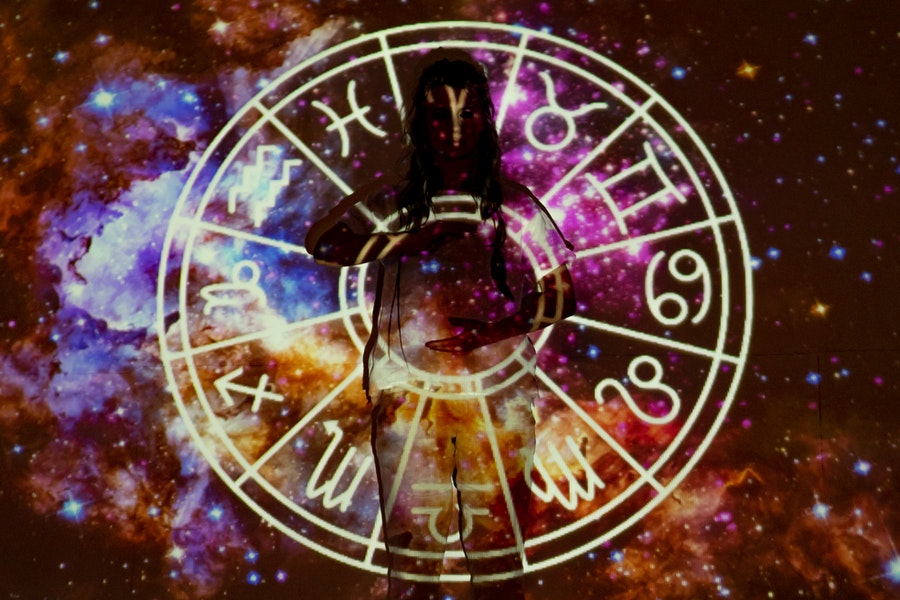 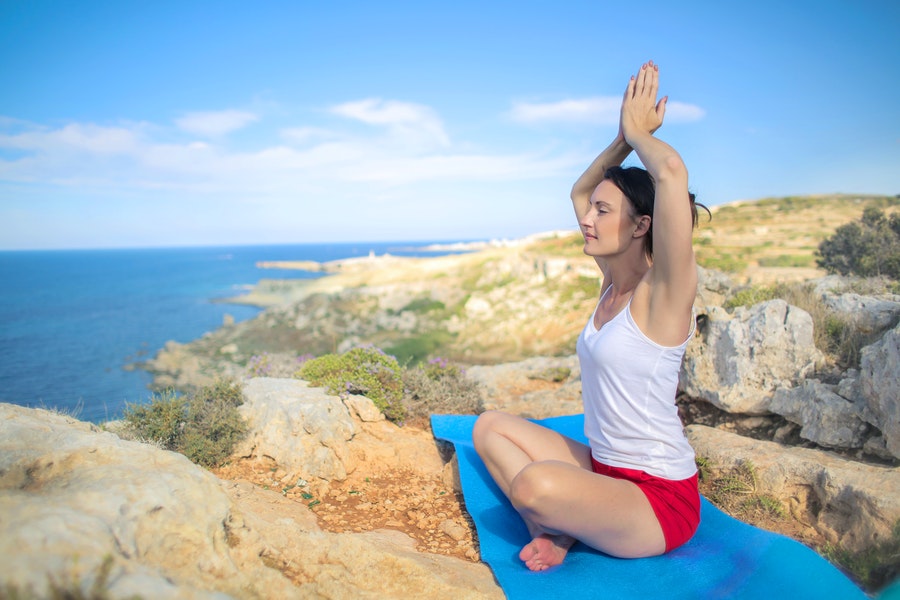 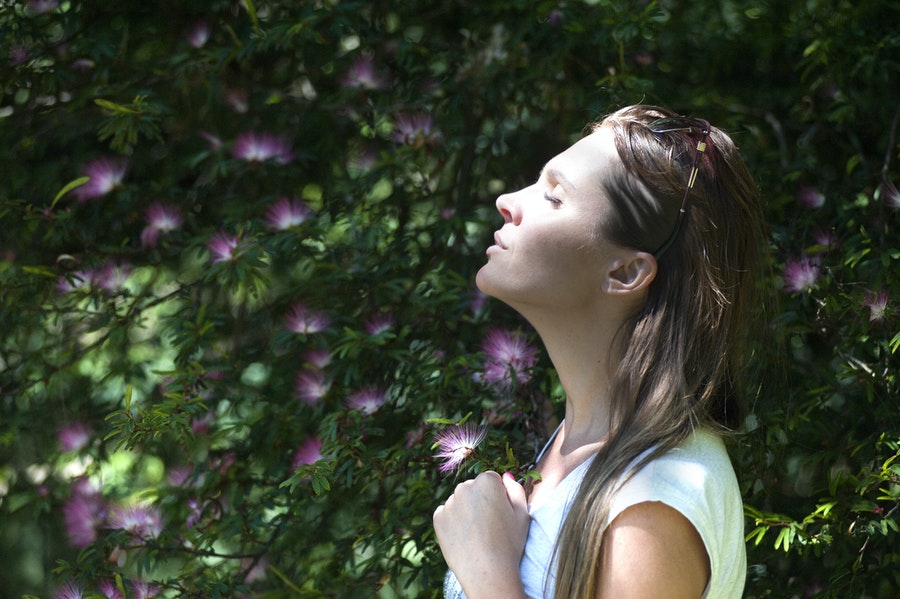